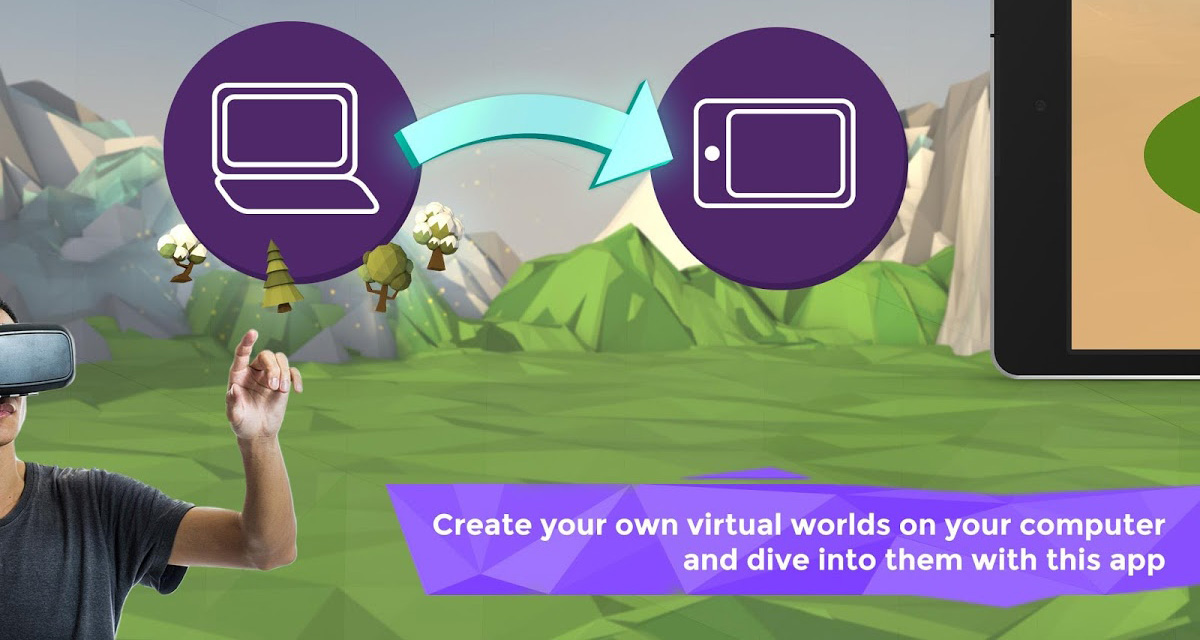 The currently reviewed tools that could help teachers with student-led creation InstaVR, Vizor VR, Cospaces, and Entiti Creator. These VR-creation tools are completely web-based and most do not require you to download special software to utilize them. Since many schools have Chromebooks for their students this could be a perfect way to allow students to develop and edit VR without pricey computers. Also, as of February 2017, they are all free to use (though there are some extra features that need to be paid for). To help teachers figure out which one would work best for what they want, here is a quick summary of each tool:

InstaVR – Easy to learn. Tech-savvy students should not have too much trouble figuring out how to add sequences of 360 pictures or videos together. It seems to be targeted towards marketing/advertising uses but is one the quickest to get up-and-running on. Annotating points of interest with text can be done easily but is limited in color or font. Also, response in the web app is sluggish. InstaVR is great if students will simply be annotating 360 pictures or videos with text, images, or music. Its relatively easy to learn and exporting creations is straightforward (though it is a few steps). As with all things you give to students, teachers should test it out for themselves first to get an idea of where their students will get stuck. A big positive is that apparently, it can export to any of the major VR headsets (Vive, Rift, and Daydream included!). 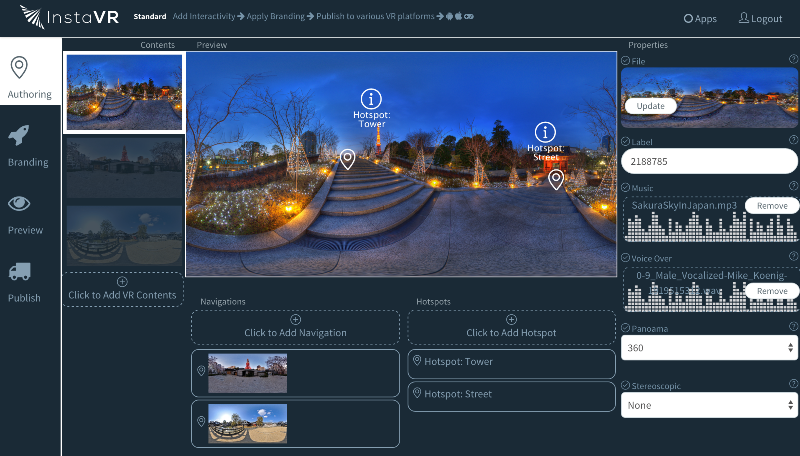 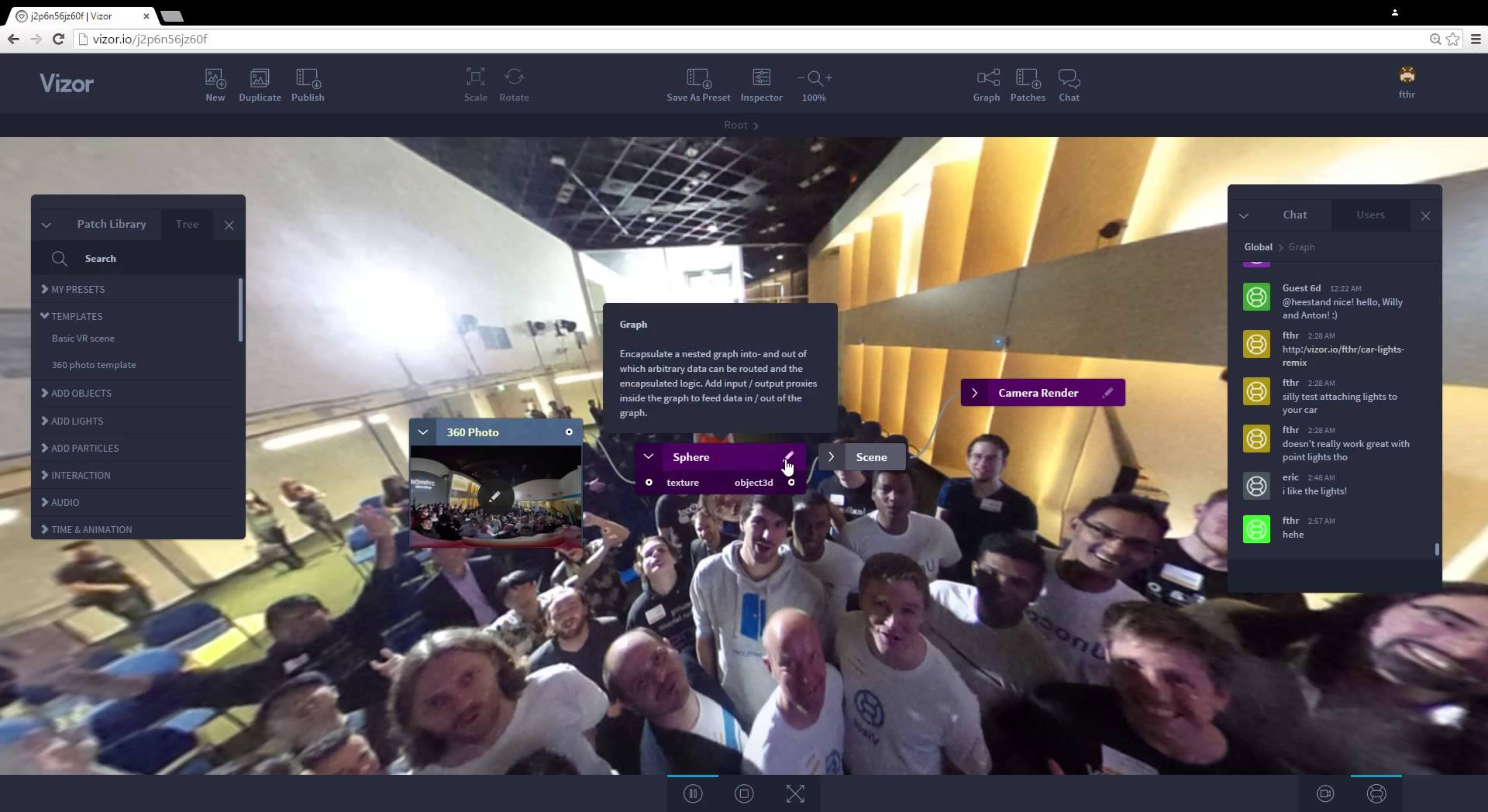 Cospaces.io – This another growing VR creation tool that shows a lot of promise. It has the ability to create your own digital worlds and a decent amount of free 3D objects. You can always spend the time to build your own with their building blocks or you can purchase pre-made 3D objects. One of the features that makes Cospaces stand out is its ability to program motions and interactivity. You can use either Javascript or Google’s Blockly to program custom actions, functions, and interactions for your 3D objects. Including Blockly allows this tool to be a great start for computer science classes looking to get their feet wet with programming. 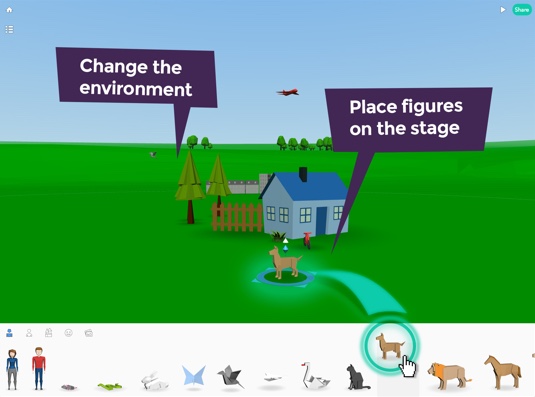 Entiti Creator by Waking App – This program requires you to download their software for creation and a separate app for viewing your creations. So if you’re not into that, don’t waste your time reading any further, just choose one of the previous applications. That said, Entiti Creator is a fairly robust app with logic sequences and no required programming. Its interface is drag-and-drop and I found it relatively intuitive to  create simple VR and AR applications. The interface really is what makes it worthwhile, otherwise, its non-Web-based nature puts it a step behind the others. 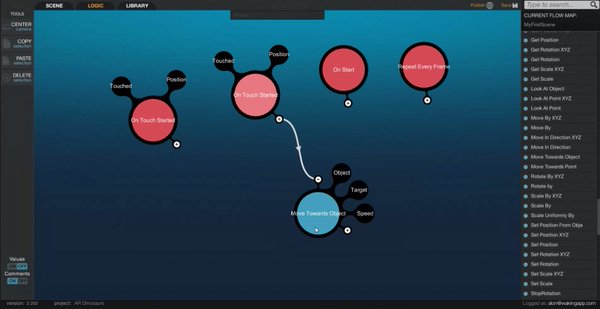 These are only a few of the many (and growing) options out there for web-based VR creation. As I test out others I will add them here so an easy comparison can be made. As a former high school teacher, I could see myself using InstaVR with my students and creating prototype-level experiences in one 90-minute block period. If I was teaching a computer science or programming class, Cospaces or Vizor would be better options. Depending on the student, polished VR products won’t be too far off. Either way, these tools are a great way to empower them to create digital experiences that are on the cutting edge. Seeing their creations in Google Cardboard or even just on their phone increases their ownership of their learning and gives them confidence that they accomplish significant things. Give it a try and see what they create!

(This page is a regularly updated version of my previous blog post.)

If you have suggestions for additions to this page or any comment please leave below!